Mopar is a name the Chrysler company has used to sell aftermarket parts since the 1930s. Most auto enthusiasts and some Chrysler, Dodge, Jeep, and Fiat owners have done business with Mopar. Motorists have trusted brands for high-quality replacement parts and performance components for decades.

Nevertheless, when you supply parts for millions of vehicles worldwide, you will have recalls, and if you are a Mopar consumer, you need to know which parts to avoid.

Mopar started marketing products for the Chrysler Company in 1937. The first product the company made was antifreeze. Over the next 80 years, Mopar has manufactured more than half a million auto parts for half a dozen vehicle makers, including Chrysler, Dodge, RAM, Fiat, Jeep, and others built by the group.

Mopar crafted parts are OEM. So, if you are using strictly Mopar components to restore a classic Chrysler-made vehicle, an appraiser would consider it returned to as-original condition. 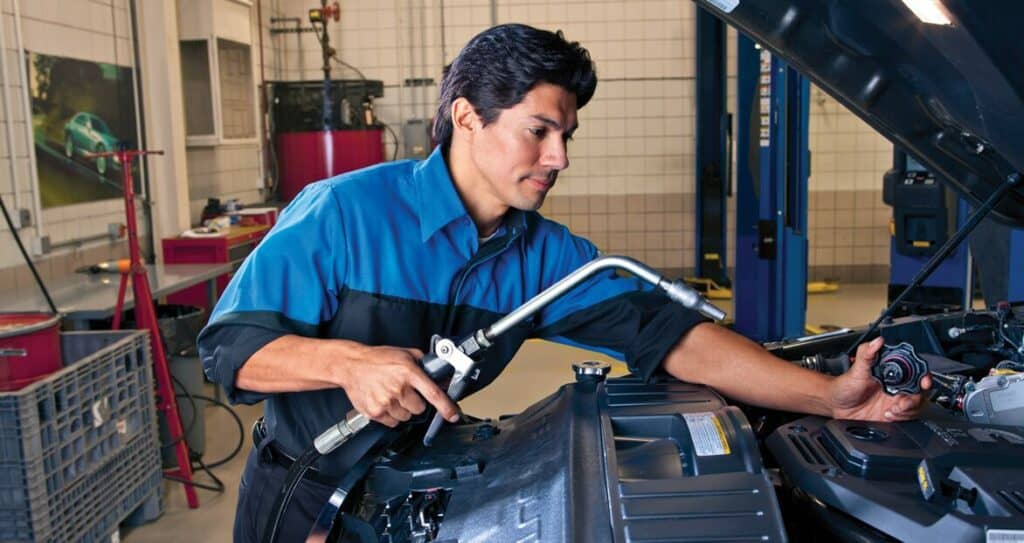 When you watch Barrett Jackson auctions, you hear the commentators make remarks about cars the owner restored with genuine Mopar parts. Owners who invest in these high-quality components realize the most significant return on the investment.

It is a nearly century-old company with a prestigious reputation in the automotive industry. Mopar sells parts in 150 markets around the globe. Parent company FCA US, LLC. recently became Stellantis, and it promises to have an even bigger presence in the industry.

Mopar already sells specialty products under a few brand names and supplies parts to hundreds of dealerships around the United States. So, it is likely that its catalog will continue to grow.

Recalls often seem like a major inconvenience for owners. However, they are a sign that automakers take safety seriously. A recall is a term used when a car manufacturer or the National Highway Traffic Safety Administration (NHTSA) determines that a vehicle or component fails to meet minimum safety requirements.

Generally, automakers initiate recalls, and even in cases where NHTSA gets involved, the manufacturer is responsible for announcing it and managing the response. That said, it may take years for the manufacturer to realize that there is an issue. During the 15 years following the sale of the vehicle, the maker is responsible for repairing it free of charge to the consumer.

Recall remedies are diverse. In some cases, the NHTSA requires automakers to buy back affected vehicles. Most of the time, automakers develop a fix for the problem. Dealerships are responsible for completing the repairs, and they may not refuse to do so.

Over the past decade, recalls have increased both in frequency and in the number of vehicles they affect. A rapid spread of information online and through handheld internet-enabled devices is a significant contributor.

Before, vehicle owners had few ways to determine if others were dealing with the same problems. So, many safety concerns went unreported and unaddressed.

As a vehicle owner, you owe it to yourself and other motorists to repair your vehicle, especially when the automaker sends you a notice informing you of a safety concern. The faster you handle the issue, the less likely you are to be negatively impacted by it. So, here is a Mopar recalls tracking list of the largest and most notable Mopar recalls.

In June of 2013, Chrysler began a voluntary recall of Jeep Grand Cherokees made from 1993 to 1998 and Jeep Liberties manufactured from 2002 to 2007 due to an explosive gas tank.

There were several instances when the gas tank caught on fire following a rear-impact crash. The defect caused by too little reinforcement around the fuel reservoir caused more than 75 deaths as of 2017.

Chrysler encouraged vehicle owners to visit their dealership with a $100 cash card, and the company repairs it by installing a trailer hitch. The recall also offers a $1,000 incentive plus ten percent over the affected vehicle’s fair market value towards the purchase of a new Jeep/Chrysler/Fiat/Dodge vehicle.

In July of 2015, FCA Group recalled 1.4 million Jeep Cherokees and Grand Cherokees made in 2014 and 2015. The campaign was initiated after hackers from Wired Magazine bypassed firewalls and gained the ability to control the engine, radio, air conditioner, and other vital functions.

The driver of the 2014 Jeep Cherokee, a willing participant, did not know if the hackers would be successful or when they would take over his vehicle, was frightened by the experience.

The fix for this recall is a software update and removal of open cellular connections. Since the company announced the recall, more than 98 percent of affected vehicle owners had completed the recall repair, and there haven’t been any subsequent reports of hacking concerns.

The MOPAR Steering Linkage recall affects Dodge trucks that had Mopar steering linkage replacements between 2003 and 2009. The drag link inner joint can break, or the steering damper bracket loosens, causing you to lose control of the steering or an increased turning radius. Both can cause a significant accident.

The shifter is different from conventional shifters. You pressed up or down on the shifter to increase or decrease the gear selection. Then, it returns to the center position. The NHTSA determined that this design is challenging for drivers to understand, and it increases the cases of accidentally shifting into an undesirable gear.

The confusing shifter is responsible for the death of iconic Star Trek star Anton Yelchin and the injuries of more than 41 consumers. So, Chrysler has agreed to replace the shifter with one that is easier to operate.

There are clips on the Dodge Grand Caravan and Chrysler Towne and Country airbag cover that can loosen over time. If the airbag is deployed down the road, the pins can act as dangerous projectiles. So, the company encourages vehicle owners to schedule an appointment to have the airbag cover replaced with a safer alternative.

The RAM recall on 2021 model trucks is the newest recall affecting the Chrysler group. It involves at least 20,000 2021 model year RAM trucks. The recall only affects vehicles outfitted with a 6.7-liter Cummins diesel engine. The company urges owners to be patient, careful and park their trucks outside until they develop an appropriate fix.

Chrysler Group announced a recall affecting more than 40,000 vehicle owners with 2021 RAM 2500 and 3500 pickups. The jam nut on the outboard steering linkage can loosen. When the part loosens, it allows the drag link to pull away from the adjuster sleeve.

If that happens, you can lose steering control of your vehicle.  The company is currently developing a response for this defect, and it will notify affected owners through the mail when a final solution is available.

How Do You Address Recalls?

As soon as you are aware of a recall, you should contact your dealership to schedule a service appointment. If you received a letter from the automaker, it helps if you bring a copy of it.

The dealership will repair most recalls within a few days. However, they rarely provide loaner cars even if they need to keep your car or truck overnight. So, it helps to make other transportation arrangements while the dealership is doing the repairs.

Question: How do you find out if your vehicle has a recall?

Answer: It is a good idea to check for recalls every six months. You will need your VIN, which you can find on your windshield, insurance ID card, or vehicle registration receipt. If your card is newer, follow these steps:

• Go to https://www.mopar.com/en-us/my-vehicle/recalls/search.html
• Enter your VIN where prompted
• If you are unable to locate information through the Mopar search, call your dealership.

Manufacturers also send notifications to registered vehicle owners at their last known address. These notices are usually mailed on postcards. They can be easy to miss in the mail and may look like an extended vehicle warranty marketing mailer. So, it is still a good idea to periodically check through Mopar or the NHTSA.

Question: Does my Dodge have a Recall?

Answer: Dodge is a member of the FCA US, LLC family of automakers. So, you can find all open recalls for your Dodge on the Mopar recall finder at https://www.mopar.com/en-us/my-vehicle/recalls/search.html. You will need your vehicle’s VIN because that is the only way you can look up recalls on the Mopar site.

Question: Does my RAM have a recall?

Answer: Dodge RAM recalls typically cover a short period or the period of which a company used parts that caused a safety concern. So, the best way to find out if your specific vehicle has open or incomplete recalls is to check the Mopar recall tracker using your VIN. However, there are open recalls on some:

Question: Can I look up recalls with my Vehicle VIN?

Answer: Yes, you can look up recalls through your VIN. In fact, that is the only way you can use the Mopar recall tracking tool. Searching the Mopar website will return information for active recall campaigns.

The above list does not include every Mopar recall. So, it is a good idea to search for recalls by your VIN. When a parts manufacturer issues a recall, you only have so long to have the component repaired. If you fail to do so promptly, you could lose the opportunity to have it fixed at the automaker’s expense. The problems do not end there, though.

If the maker is no longer repairing the units, you may be responsible for doing it yourself. Furthermore, your vehicle’s potential buyers can search to verify if there are any outstanding recalls. If there are, they might ask that you get them done before they complete your vehicle’s purchase.

Not to mention there is a major increase in the likelihood of a severe collision when key components stop working while you are operating your vehicle.

So, you should always pay attention to letters sent to you regarding your car and check for active recalls every six months or so to ensure you haven’t missed any.