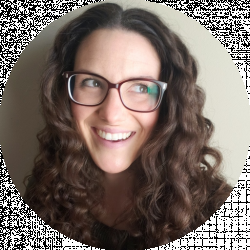 Sarah Caldwell
Car Lover at Axle and Chassis
Sarah Caldwell's love of cars started with a love of trucks and tractors that her father and her grandpa instilled in her early. She can still remember when the starter went out in her Grandpa's 1972 Dodge pickup and he installed the first push-button start she'd ever seen. It wasn't fancy, but in 1992, it worked.

How to Find the Best Carburetor

If you read my comprehensive guide to auto engines, you should know that the appropriate air/fuel mixture is critical to keeping your car engine running smoothly. It can’t make power without these two components, so as you can probably imagine, you need a device that will mix them up accordingly.

That’s exactly what your carburetor is for. Adding fuel to air creates motion. Or at least that’s the basic idea, but there’s a lot more to it than that. Most vehicles, whether they’re cars, boats, or planes, make power by mixing fuel with air and then burning it through the cylinders in their engines.

However, how much fuel and air they mix is different depending on a lot of different factors like how long the engine has been running or how fast the vehicle is moving. Many modern vehicles use fuel injectors to regulate the mixture of air and fuel so it’s timed just right. But before that, they used carburetors to do the job.

There are plenty of factors to consider when choosing the right carburetor for your street or racing car, so let’s learn a little bit more about them together so you’ll know what you’re looking for. 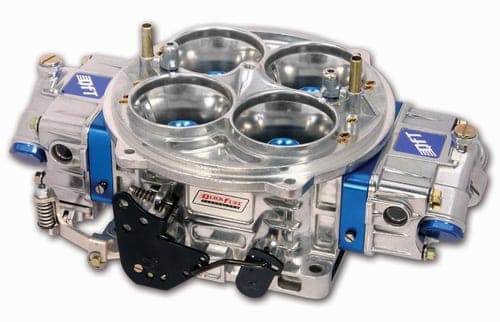 You may think of your engine as a mechanical device. But it’s a chemical device, too. It’s designed to host a chemical reaction called combustion, which we learned about when we talked about engines.

Burning fuel in the air releases heat energy, which produces carbon dioxide and water, also called exhaust. If you want to burn fuel efficiently, you need more air. Think about your evening campfire. If you don’t feed oxygen to the fire, it won’t ignite or stay light.

In that instance, you don’t need to worry too much about how much air it has, just as long as it has enough to stay lit. However, burning a fire indoors, like in a boiler, can produce air pollution that’s dangerous, so air is much more important.

The same goes for your engine. It needs air to produce power and reduce emissions. Typically, the proper ratio is 14.7 part air to 1 part fuel. The ratio may vary by car, engine, and use.

Having the exact number of oxygen atoms you need to burn your fuel atoms is called a stoichiometric mixture. Think about baking in the kitchen. If you’re following a recipe, you have to make sure you have the right amount of each part of the recipe or your pie won’t taste very good.

Just slightly more air than you need gives you better gas mileage while slightly too little will give your vehicle great performance, but less gas mileage. This is what you might want in a sports car, but not a daily driver.

It all depends on your perspective. Both can be equally as bad if they’re not driving you to your intended purpose. Pun intended.

How a Carburetor Works 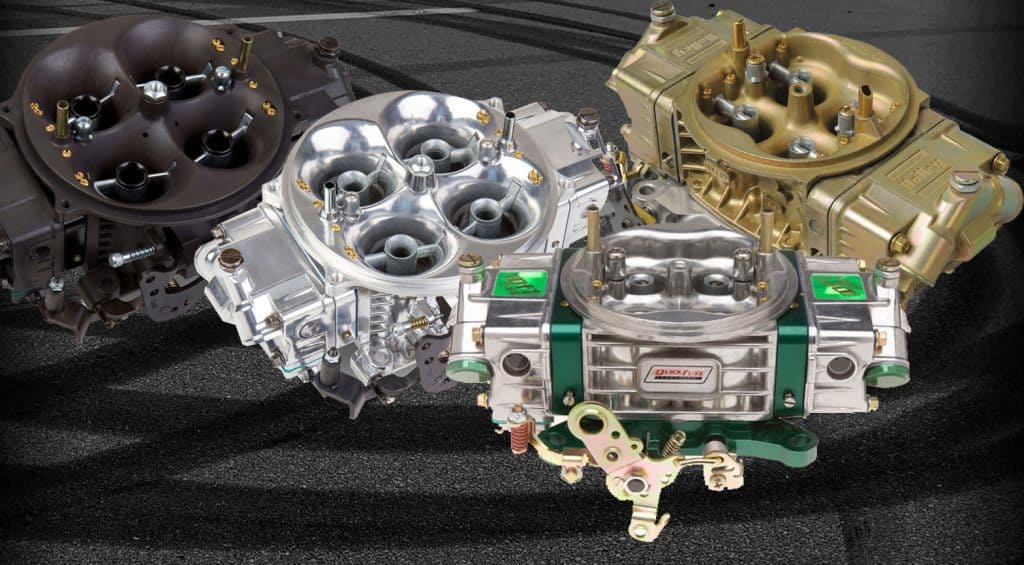 So now we know what a carburetor is and how an engine burns fuel, but how does the carburetor actually work? As your engine is designed to take in the correct amounts of both air and fuel so it can burn properly, your carburetor works to mix these two components together before they enter in through the valves of the engine.

The carburetor was invented in the late nineteenth century by Karl Benz. You may recognize the name. That is, if you’ve ever heard of a Mercedes-Benz before. Yes, he is the founder. Carburetors today function the same as they did when they were invented in 1888.

A very simple carburetor design is a horizontal fuel pipe attached to a large vertical air pipe right above the engine cylinders. The air flows down the pipe, where it passes through a narrow kink. The pressure builds up behind this kink, causing the air to travel faster. This kinked spot is called a venturi.

The pressure on the other side of the kink decreases, creating a vacuum that sucks air into the fuel pipe on the side. The air pulls fuel in as well, causing them to mix, which is exactly what we want it to do.

Now we just need fuel and air in the correct mixture. That’s were the valves on the carburetor come in. Above the venturi, there is a choke valve that helps regulate how much air flows into the pipe. Closing the choke valve restricts the amount of air coming in, resulting in less air and more fuel. When your engine is cold and running slowly, this rich mixture is better. 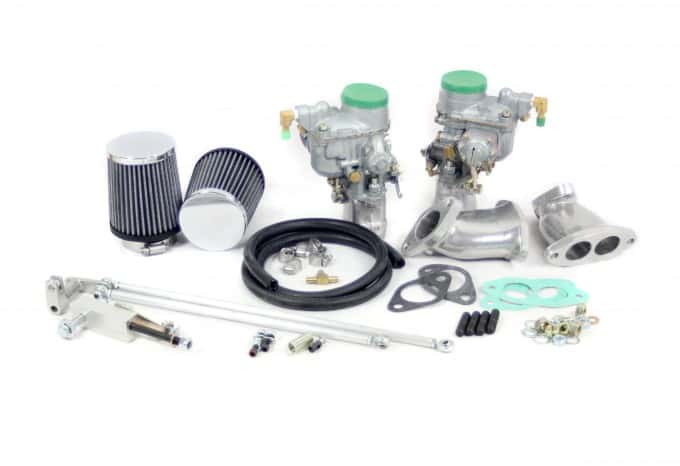 This throttle valve is connected to your accelerator, so when you push on the gas, it feeds more fuel to the engine, making it go faster.

This is a very simplistic description of how a carburetor works. Most of the time, the carburetor has a float-feed chamber. It’s a small fuel tank with a float inside. The chamber feeds fuel into the carburetor, and as it does that, the float drops. Once this float drops below the indicated level, a valve opens to refill the chamber with fuel from the primary gas tank.

As the chamber fills, the float rises again, the valve closes, and the fuel feed from the main gas tank shuts off. It works a lot like a flushing toilet. The toilet refills until it reaches the appropriate level, then stops running.

Here’s a quick recap of how it all works:

While all carburetors function in roughly this way, their placement matters.

The downdraught carburetor functions exactly as we’ve discussed. It resides at a higher level than the inlet manifold so the mixture flows down. It makes it easier to draw fuel into the mixture using a combination of airflow and gravity.

Even if engine velocity is low, the mixture reaches the cylinders with minimal effort, meaning larger tubes and throats can be used for higher output in high-performance situations.

There is also an updraught carburetor that functions in the same way but is placed below the inlet manifold, meaning it has to use air friction to draw the fuel and air mixture up. Working against gravity is harder, so tubes are smaller, and these types of carburetors don’t work well in high-performance vehicles.

There are three different types of carburetors. They function in roughly the same way as our very simplistic example, but they have different configurations that allow for slight changes in operation.

Examples of this type of carburetor are Zenith and Solex.

The constant vacuum carburetor is also sometimes called the variable choke carburetor. The fuel and airflow areas vary based on the demand of the engine, but the vacuum is always the same.

An example of this type of carburetor is Carter. These types of carburetors often require a compensating system to prevent a rich mixture with increased engine speed.

Carburetor Sizing and How to Choose the Right One

The number you need to get to in order to choose the correct carburetor is CFM or cubic feet per minute. 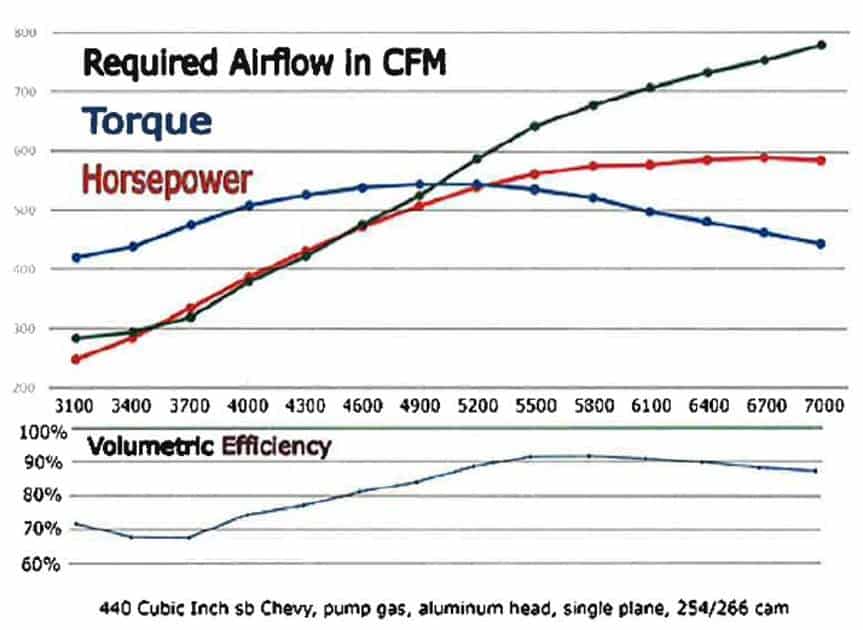 Cubic inches is your engine displacement or the size of your engine. This is a spec you should know, but if you don’t, you can estimate. One liter is equivalent to roughly 61 cubic inches.

RPM is revolutions per minute. This is the number of rotations around a fixed axis in one minute, or how fast your crankshaft is spinning. You want to use your max RPM in the calculation so you know how much capacity your carburetor needs to be able to handle.

For example, in my Ford Mustang, I have a 305 cubic inch engine. My max RPM is about 7000, although it redlines at 6000. Sure, it goes fast, but I still have the stock engine, so the volumetric efficiency is about 85%.

It can also lead to poor drivability because the engine won’t respond correctly when you push the accelerator. That’s a frustrating experience, even for people who aren’t car enthusiasts. Other considerations to make are whether you need a street-legal carburetor, a high-performance carburetor, or a race-only carburetor.

Where to Purchase a Carburetor 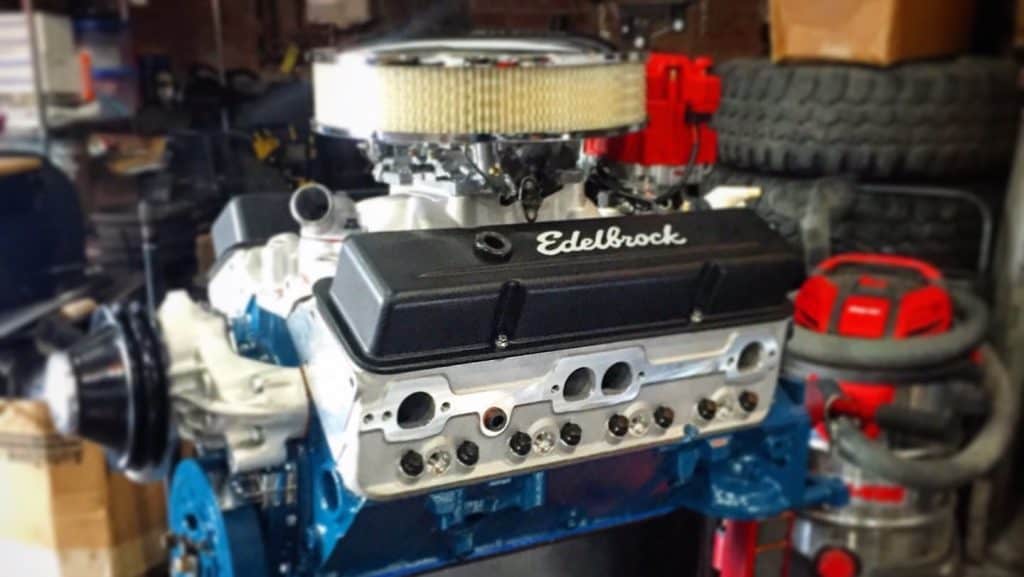 As long as you know what you’re looking for, you can purchase a carburetor almost anywhere. Advance Auto Parts, O’Reilly Auto Parts, NAPA, Walmart, and your local dealer will all have what you need.

However, if you’re looking for something with special specifications, you may need to look elsewhere. Online racing shops can ship a carburetor to you. JEGS is one of the best, but you may want to do some research on a local shop in your area so you can build a relationship with the person running the operation.

This comes in handy when you’re doing specialized work on your vehicle because this person will be able to help you with all of your aftermarket needs. Carburetors - Advance Auto Parts Check Price
We earn a commission if you click this link and make a purchase at no additional cost to you.

How do I clean a carburetor?

Carburetors should be regularly cleaned in order to prevent clogging, and you can do it in a few steps with some specialized cleaners.

1. Turn off the engine and remove the air filter.
2. Put down some covers to prevent making a mess.
3. Spray the outside of the carburetor with a lubricant. (Don’t spray the inside!)
4. Spray the carburetor cleaner directly on it. Do this a few times, waiting for it to dry a bit after each spray.
5. Let the car run for a bit, and then add the parts again.

What is the best carburetor?

Every car does not have the same sized carburetor, so it is always best to come to us with a model and check our recommendations, as there are 1,2 and 4 barrel carburetors to choose for your type of vehicle.

Choosing a carburetor is more important than you think. Size and configuration make a big difference when it comes to the specifications of your current engine and the output you want. Make sure you calculate the correct CFM to support your vehicle’s needs.

Remember that with a cushion of 10%, you can afford to purchase a carburetor that is a bit smaller than your ideal CFM, but going larger will compromise your driving experience. Now that you know how they work, you can make a better decision on which type works best for you.

Carburetors - Advance Auto Parts Check Price
We earn a commission if you click this link and make a purchase at no additional cost to you.

Check out some of the best carburetors for specific vehicles: