Axle & Chassis Team
Team at Axle and Chassis
Here at Axle & Chassis, we are a group of passionate car lovers. Our goal here is to help people that might not have as much knowledge as us solve problems with their vehicles.

Our team consists of people that love to get their hands dirty and figure out what the problem is. Since they've done so much of that on their own, they're passing their knowledge on to you.

How to Find the Best Car Batteries

Most people don’t think about car batteries until there’s a problem with their battery life, like your car struggling to start or not starting at all because of a battery failure. If you’re looking for help with getting the best battery for your car, the following information will help you get the best cranking power. 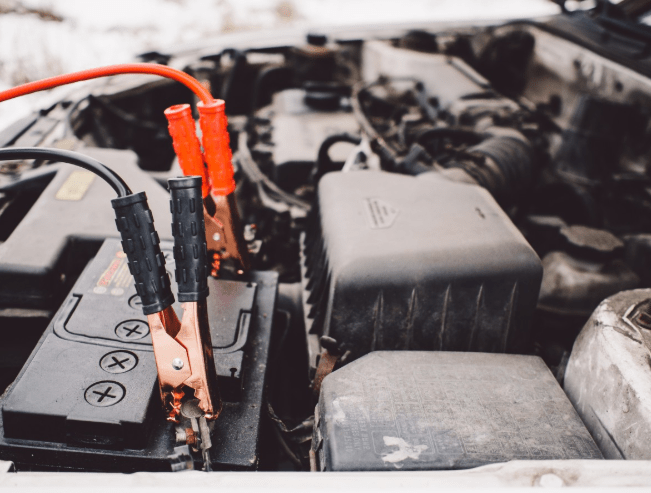 Before you search for the right car battery or automotive battery, you first need to know how a starting battery work. While it’s not necessary to have all the technical information, a general idea of what a car battery does is enough.

A traditional Battery works by storing the electricity generated by the alternator, which runs at the same time as the engine. That energy is stored chemically in acidor electrolytes, made of sulfuric battery acid and water. That acid reacts with the positive and negative lead plates, which become lead sulfate. This deep cycle life process takes place in multiple cells, so a battery might have numerous positive and negative lead plates. The electrolyte loses the majority of the sulfuric lead acid, converting almost entirely to water.

When the battery charges again, which usually is from the alternator sending an electrical current to it (as a battery charger), the process takes place through the large wires connected to the metal posts on the top of the battery. This is why you connect jumper cables to these posts.

Despite people thinking the battery powers your radio, windows, and headlights while driving, that’s actually what the alternator does, at least most of the time. It’s true that the traditional battery can supply electrical current when there’s an especially heavy load the alternator otherwise couldn’t handle on its own, but that’s usually an exception and not the normal way things work.

Instead, the battery operates those systems when the engine is turned off. It also provides the necessary electricity to start the engine. This is why a dead battery or a battery failure means your car won’t start, something that can leave you stranded.

Obviously, car batteries are important devices. Without them, you would have to look for a cranking power for the engine by hand to get it started, which was how cars long ago would start. Instead, you turn a key or push the ignition button and the battery does all the heavy lifting.

Thanks to the increasing number of onboard electronics and other accessories, car batteries must provide more electricity than in the past. Also, you need more jump starter power from a battery to start a larger engine, so the car battery size or capacity of the diehard battery certainly matters. If you use one that’s too small, the electrolyte reaction could fail prematurely.

Too often, people ignore car battery problems until they’re stranded somewhere. It’s really something you shouldn’t put off since just like tires, belts, and hoses, car batteries do eventually wear out.

If you’re lucky, your vehicle’s conventional battery life will give out when you’re in the middle of a city. That means help is close by and you have plenty of options. But, if you’re in a more rural area, a dead battery can present much more of a problem.

Whenever you pop the hood of your car, give the starter battery a quick look over. If there’s corrosion on the posts, clean it off using a wire brush. Signs of damage, like cracks or splits, mean you need a replacement immediately. This will ensure you protect your battery life.

The best thing to do is have your battery tested by a shop once a year, once your diehard battery is about two years old, to check its cycle life. Most mechanics will do this as part of a tune-up, but you should ask for this service. This will definitely reveal if your battery is reaching the end of its battery life. 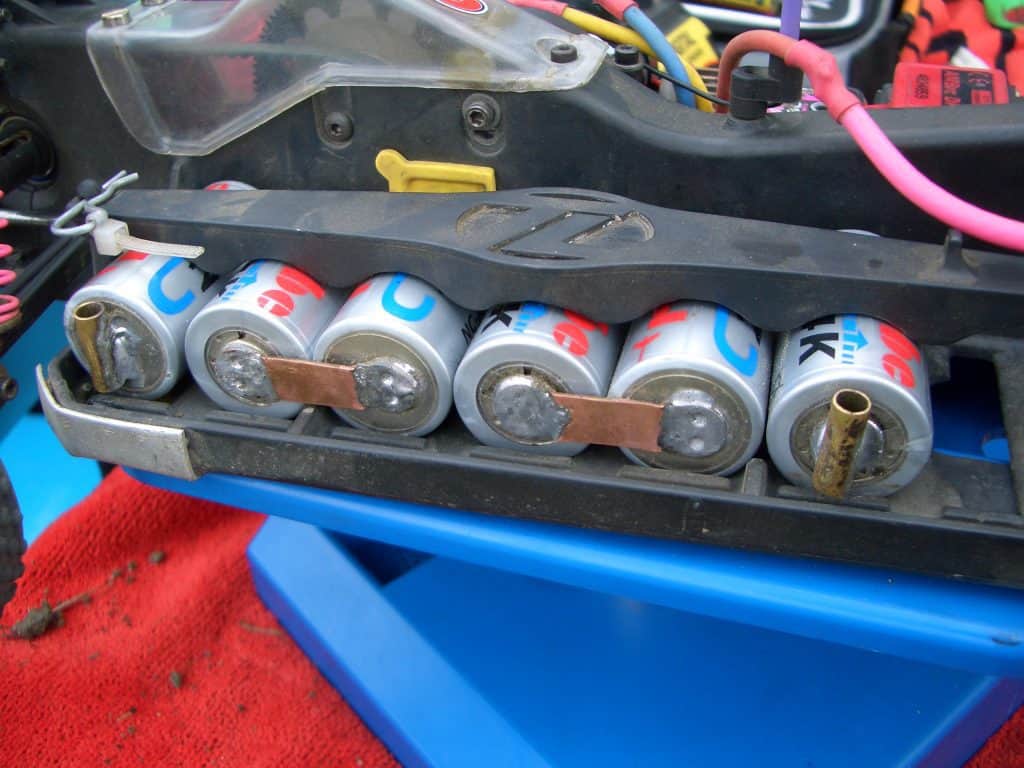 When shopping for a battery, pay attention to the RC or reserve capacity rating. This figure indicates how long a new, fully charged battery will keep essential onboard systems for your car running if the alternator fails.

RC is measured in Amp Hour or C20. They’re measured as the energy delivered for 20 hours at 80 degrees Fahrenheit before the battery output falls to under 10.5 volts.

The most common type of battery is the type referenced above. These contain water, sulfuric acid, lead positive/negative plates. If you don’t get a maintenance-free or low-maintenance model, periodically you must pour distilled water into the battery. A flooded cell or maintenance-free lead acid battery doesn’t require you to do this ever.

There are some advantages and disadvantages for a lead acid battery:

Absorbed glass mat or an AGM battery aren’t nearly as common as traditional batteries, but you will find a glass mat at retailers as well as online. This is changing over time as modern cars gain features like stop-start systems to save fuel in city driving, numerous driving assistance technologies like rear-cross path detection, proximity key detection, remote vehicle diagnostics, etc.

Just like lead-acid batteries, an AGM car battery have their good and bad points:

If you’re running a big aftermarket sound system, winch, or other demanding onboard systems, an AGM battery is worth the extra expense. The same is true if you power a lot of devices using your vehicle, such as recharging personal electronics, plugging in an air compressor, etc. 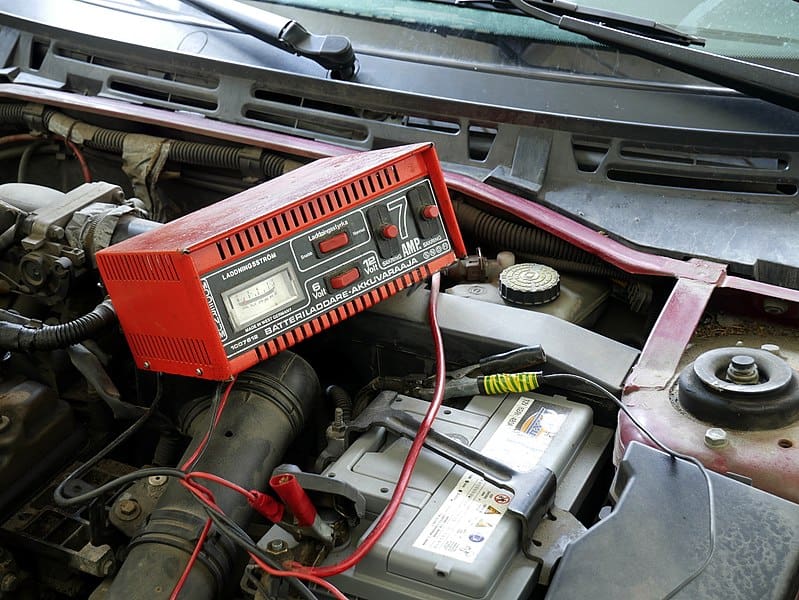 You might think batteries are all the same, but that’s far from the truth. There are different sizes and configurations that work better in certain vehicles, so just grabbing one off a store shelf without checking can result in problems.

Getting the wrong battery size might mean it’s too large to fit in the battery tray for your car, or that it’s so small the battery strap won’t hold it securely in place. Also, an auto battery which is too small might not supply enough power to get your engine started or power different systems.

There’s also the issue of terminal placement and size. The cables in your car might not reach the terminals if you get the wrong battery size, or they might not be able to secure to the terminals, causing performance issues.

Two excellent resources exist to ensure you get the right battery size for your car:

Following are some traditional batteries sizes and what vehicles often use them. This isn’t a substitute for looking up the battery size in your vehicle owner’s manual. 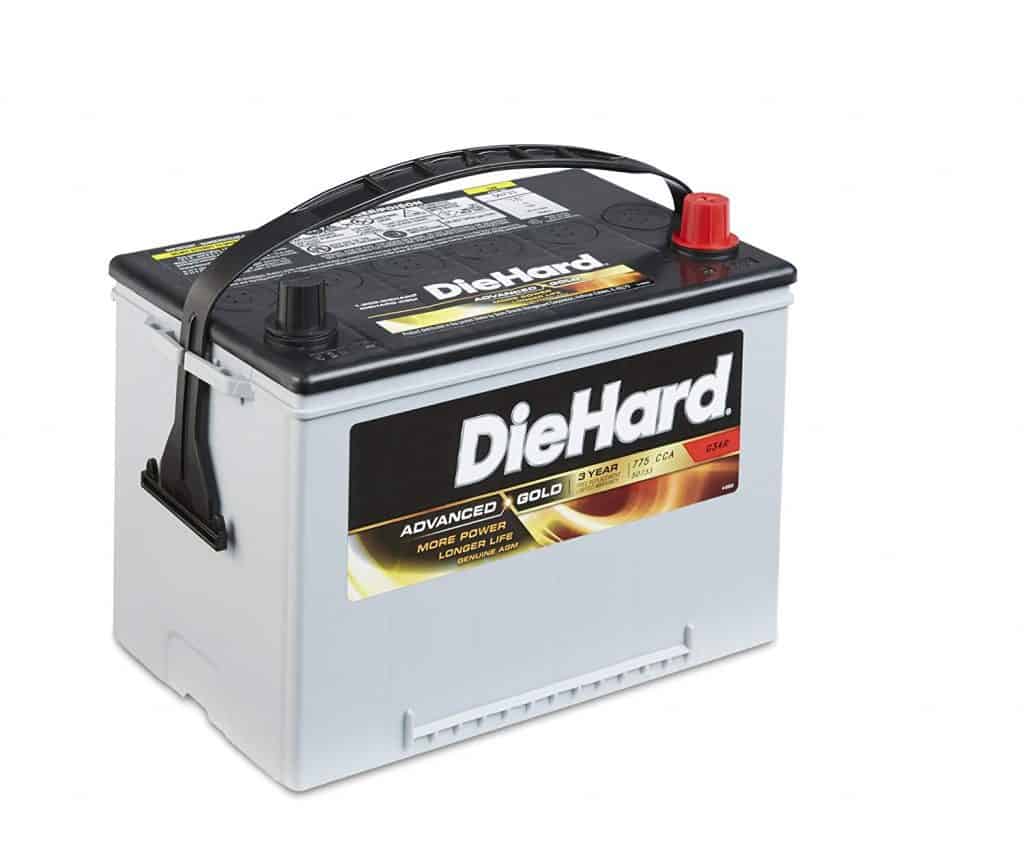 Just like other car components, batteries come with a warranty. When shopping for a battery, always pay attention to this detail. You want to get a battery with the best or longest warranty possible. The free-replacement period is the thing you should be paying especially close attention to. It’s the first number in the two numbers separated by the forward slash.

If the battery stops working within that timeframe, you get a replacement without paying a single cent. While not likely, you could get a car battery with manufacturing defects, so that portion of the warranty will protect you against such a situation.

The number after the forward slash is the prorated replacement period. That means if the battery stops working before the end of that period, you get partial reimbursement for the cost of the battery. In general, batteries will have longer life than this second period of time, giving you a good idea of who long it will be before you need to shop for a new battery. That doesn’t mean you shouldn’t have the battery tested annually.

Also, know that the warranty has some limits. If you don’t properly maintain the battery by doing things like cleaning the posts, that could leave you without reimbursement if there’s a problem. The same thing goes for if you don’t install the battery correctly. If you don’t have a maintenance-free battery and neglect refilling it with distilled water, you might be out of luck with the warranty. Using a regular battery for heavy-duty applications, as a high-end stereo system, will also usually void the warranty.

Where to Buy Car Batteries

You certainly won’t be lacking for options when it comes to places that sell car batteries. Since every vehicle on the road needs a battery and they only last a few years, plenty of stores offer batteries. You can go to Walmart, where batteries will be quite inexpensive, but the selection will be limited. Auto parts stores like Pep Boys or AutoZone will have a greater variety, plus they’re more likely to have higher-quality batteries. Retailers that appeal to enthusiasts are also more likely to have a good variety of AGM batteries.

Of course, you can also shop for car batteries online. Internet car parts stores will often have a limited range of batteries. If you go to Amazon, you can find just about any option in existence, which is why it’s such a popular way to find more obscure batteries. Amazon also often has highly competitive prices, making it a good option if you’re sticking to a strict budget.

In many parts, it’s illegal to just throw an old car battery in the garbage. They’re incredibly corrosive and toxic, but the lead and acid contained inside can actually be recycled.

That doesn’t mean you then place the battery in your recycling container. Instead, go to a retailer like AutoZone or Pep Boys to recycle your old battery. Many stores actually charge a recycling fee when you buy a new battery, but refund that when you bring in the old one to be recycled. Recycling a battery is simple and easy, plus it’s the right thing to do.

Most people don’t think about car batteries until there’s a problem, like your car struggling to start or not starting at all. If you’re looking for help with getting the best battery for your vehicle, the following information will help.

How long a car battery lasts?

The battery life depends on whether it can be charged and how long can it hold the charge, so once you notice that the battery doesn’t hold the charge, it means that it’s time to change it. The conditions definitely are important and if your battery is kept under no excessive humidity and high temperatures, it will last up to 6 years.

What percentage does a car battery need to start?

The battery usually needs to be charged when it is around 12.45 volts and automotive lead-acid batteries should be kept at higher than 75% charge in order to give their best performance.

What are the symptoms of a low battery?

When you notice that there is cranking or that there are electrical issues such as windows not working properly, or heat not working, not being able to open the doors of the trunk etc. it means that it’s time to change the battery.